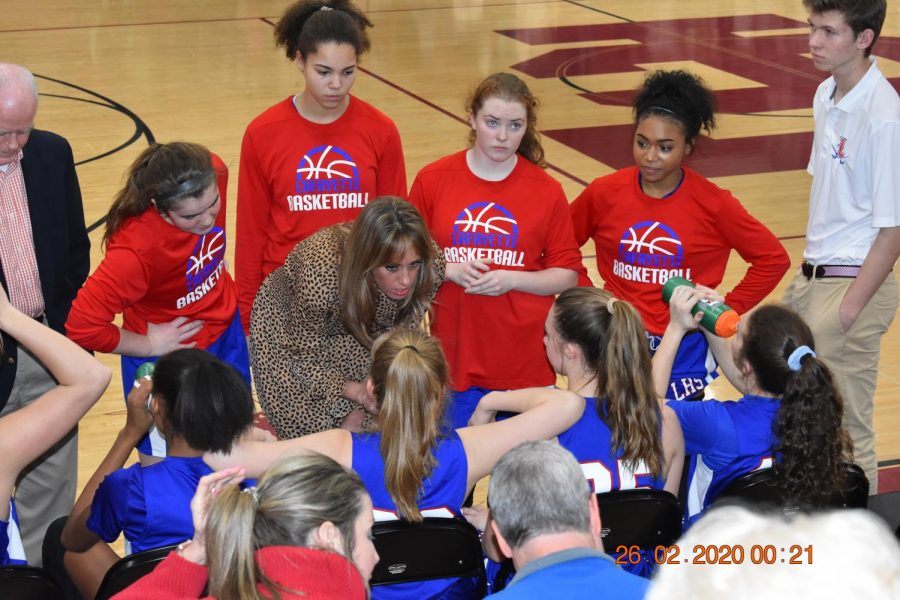 Lafayette’s Girls’ Basketball team played in an away game against Tates Creek on February 22, 2020. The girls split on both sides of the gym and warmed up, then the game began. Both sides had lots of support in the student section.

First quarter started and the game was running smoothly. The part of the game ended with a score of Lafayette with 12 points and Tates Creek at 19.

The game was going on very quickly. We had a deep three off the rim. We were losing by 6 points as of now with 40-46. With 61 seconds left of the third quarter, there was a foul on the floor. Noble on the Lafayette team makes a three point shot. The last shot was off the rim shot and the score was 45-48.

The Tates Creek team played very well. The Lady Generals tried hard and put forth a great effort in the game against Creek. The coaches coached those girls and worked very hard at practices. We thank all the parents, students, and staff that went to watch this away game at Creek. Your support impacts the girls and the school greatly.