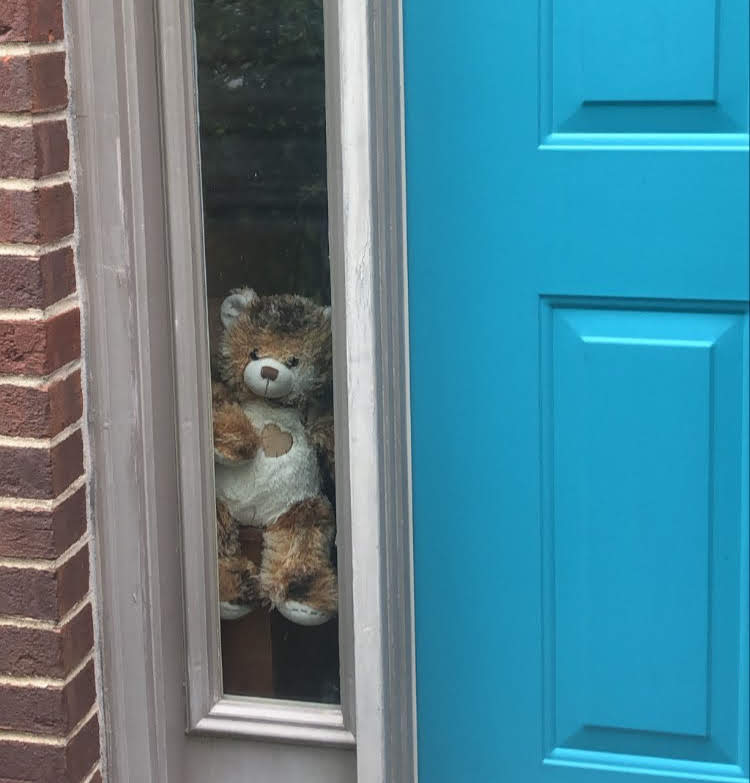 A bear in the window of a Kentucky Home.

Recently, when you go on walks, you may see that your neighbors have put little teddy bears in their windows. Which was very confusing to look at while I waited for my dog to get her business done. It took me around a week to actually look into these bears, and when I did, the bears became more endearing than confusing.

Other states have also adopted this bear hunt, or even substituted the bear for something else. New Zealand’s Prime Minister Jacinda Ardern, proclaimed to her country that the Easter Bunny was an essential worker. They were allowed to distribute eggs this past easter. New Zealand is currently in a lockdown like the United States, so in an effort to protect families who couldn’t afford easter eggs this year Ardern said, “So I say to the children of New Zealand, if the Easter Bunny doesn’t make it to your household, then we have to understand that it’s a bit difficult at the moment for the bunny to perhaps get everywhere,”

She turned to a solution similar to our very own bear hunt, and urged those who could to put an egg in their windows for children to find. “Maybe you draw an Easter egg and pop it into your front window and help children in your neighborhood with their own Easter egg hunt,” Arden said, “…because the Easter Bunny might not get everywhere this year.” New Zealand has banded itself together to support each other in this crisis.

In times of crisis like now, it is important for us as Kentuckians to band together, and make it easier on all of us. Even if it is only a teddy bear, or an egg in the window, you never never know who’s day you could make brighter.