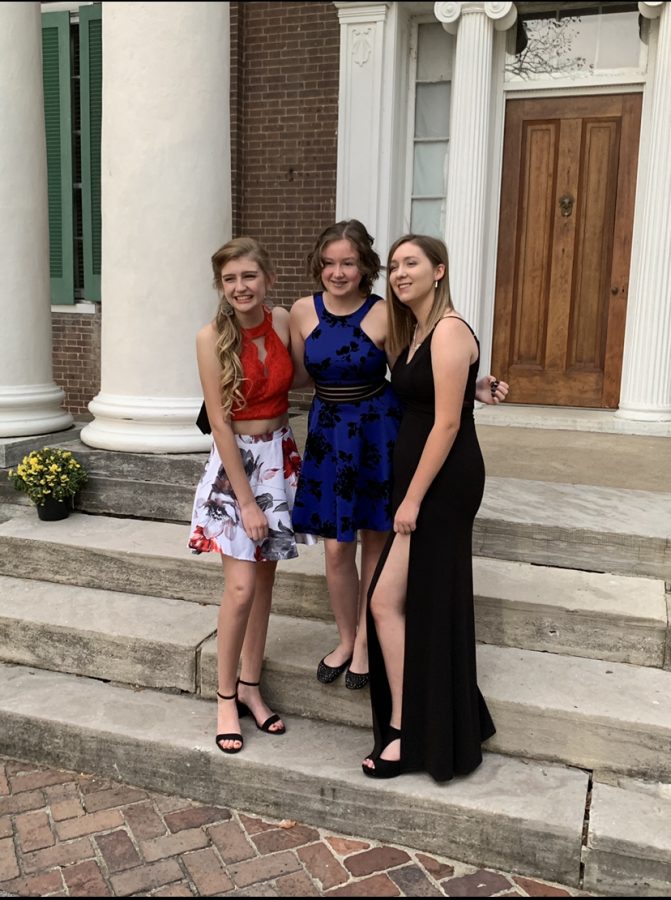 Students love photoshoots when they’re all fancied up for homecoming. Will they be able to do it again this year? Pictured, Brynn D (left) with her two sophomore friends, freshman at the time the photo was taken, Lexington, KY

It may not be as iconic as the prom, but Homecoming holds a special place in the hearts of high school students. Whether it’s the football game or the dance itself, students in all four grades of high school spend weeks preparing for it. With the impact of COVID-19 this year, homecoming has been cancelled and may not even happen at all.

Fear not students, If COVID decides to be kind to us and lets us return to in-person school, Homecoming is a possibility. If it does occur, it’ll be much different than what we’re used to, but then again, so is everything lately.

In an interview with a sophomore member of the student council, specializing in the Homecoming and Dance Blue Committee, breaks down what she knows regarding this popular event. When asked if she thinks it’ll happen, she replies with, “I honestly don’t know, I feel like Dance Blue would happen first just because we’ve had so many fundraisers for it already, but the thing is that all of the money we make from homecoming goes towards Dance Blue so I really don’t know.”

Dance Blue is another popular event at Lafayette, and is a fundraising event for childhood cancer. If the funding from Homecoming isn’t there to support Dance Blue, we might have either one or the other. It’s a matter of funding and figuring out what’s able to happen and what simply isn’t possible.
If we were to in fact have Homecoming,, it would be completely different from what we know. “I was told [by student council leaders] that when we do go back then we would have [homecoming] and it wouldn’t matter if it wasn’t football season, it could be like a basketball homecoming or something like that.”

That would be a big factor that would switch things up; it’ll be different since we’d be giving our basketball team some love with homecoming during their season. Football is more popular, and sometimes overshadows the students that axcell in the basketball court. Plus, doing this event later could also show support for both a male and female team, which doesn’t usually happen. That wouldn’t be bad at all.

“It just depends on what restrictions are in place,” the student continues. “I was told [by other student council leaders] that if it’s limited capacity then student council would get first priority to tickets and then seniors would, also it might be outside on the football field and there would be a big tent with heaters if it’s during winter which was one of the options that I was told about.”

This classic high school experience is definitely going to be interesting this year, if we manage to make it work with our current situation. Student Council is going to make it great, so no worries about Homecoming for the 2020-2021 school year being a bust. If anything, be excited for how unique it’ll be. It’ll certainly give you memories you won’t forget. If we are able to gather for that special event, it’s going to be great.