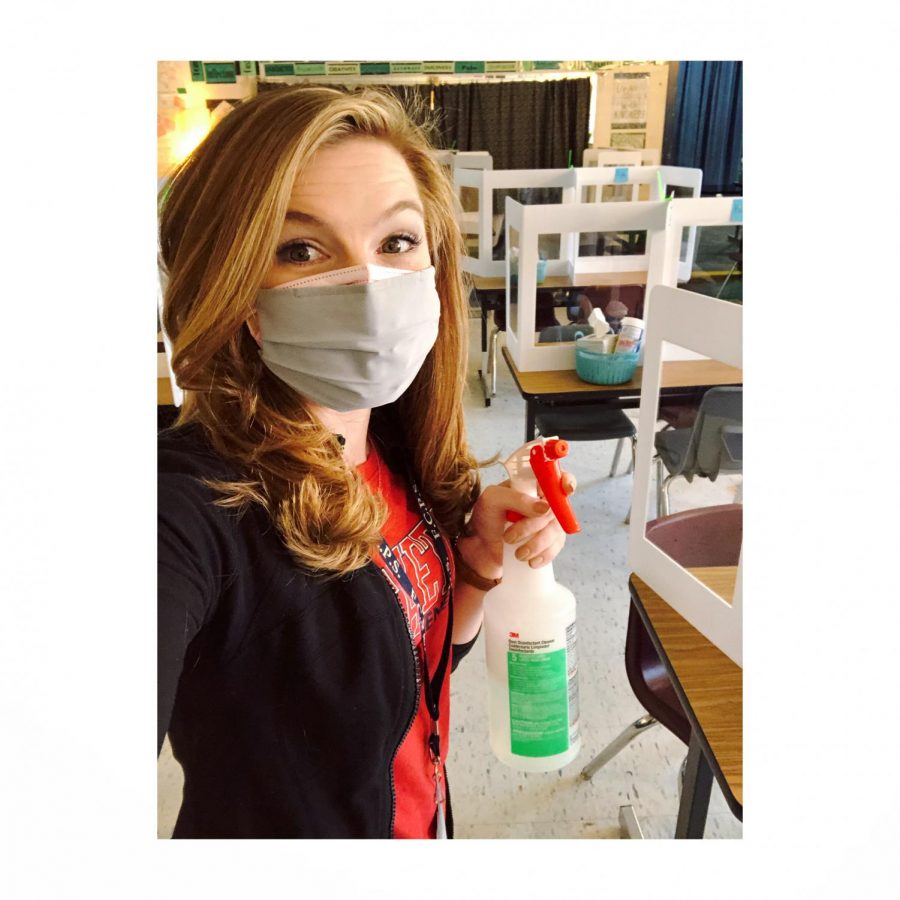 Lafayette’s theatre teachers seem to continuously engage their students in class. When it comes to Performing Arts, the learning process can get a little tricky if not taught or executed correctly. However, my theatre teacher took her time and educated her students even if it was difficult. When asked what do you find hard to do in theatre Cassady Gorell responded with, “I think one of the hardest but also most exciting aspects of theatre is that it is constantly asking us to work together and think outside the box. Great theatre artists are first of all great listeners and are willing to take feedback, modify their piece, and continue pushing forwards! Sometimes it is challenging to let go of your idea or the first thing you’ve tried. However, collaboration, feedback, and group input is what makes us better! It is an area where there is always something to learn and something to improve upon, which can sometimes be overwhelming but oftentimes I find it to be exciting! It makes us more curious about the world around us!”

The history of theatre can be traced back to 6th century B.C, where the ancient Greeks were the first to present dramatic presentations. Which is now known as theatre. Many people still to this day get very confused about the difference between theatre and theater. They mean the exact same thing, they’re just spelled differently. “Theatre” is the preferred spelling in Europe and “theater” is the preferred spelling in America. Melodrama (music drama) was the primary form of theatre in the 19th century. However, it became extremely popular in the 1840s.Theatre can be hard to interpret when learning the basics.

When researching theatre many students had said they Initially joined theatre because they wanted to act and learn about the history behind acting/drama. Soon many of them realized that theatre wasn’t just acting, but more so performing. Acting is more of the actors focusing on the script/scene. However, performers are usually in front of a crowd and aware of their reactions. Theatre isn’t just about acting, but includes dancing, singing, storytelling, directing, writing, composing, etc. Theatre can also be a very fun and positive experience for students that are antisocial or need confidence boosters, even though many students might not understand the point or process of theatre. Everyone has the ability to learn about it if they want to.

When having to teach such a wide range of topics at once it can be pretty stressful. However, many teachers try to not let it show when educating their students. When asked why did you become a theatre teacher Cassady Gorrell responded with, “I love working with young people and students. In general I am more interested in the process of creating theatre than the final product and so the work that we do in the classroom is incredibly inspiring and important to me. Everyone has a story to tell and a point of view to share, getting the confidence to stand up onstage in front of people to perform or share that perspective is a magical moment and will serve you wherever the future takes you.” Although many students may struggle in the beginning when learning the different aspects of theatre. They will surely enjoy themselves and have a splendid time when learning theatre.