How are Freshman Settling into High School? 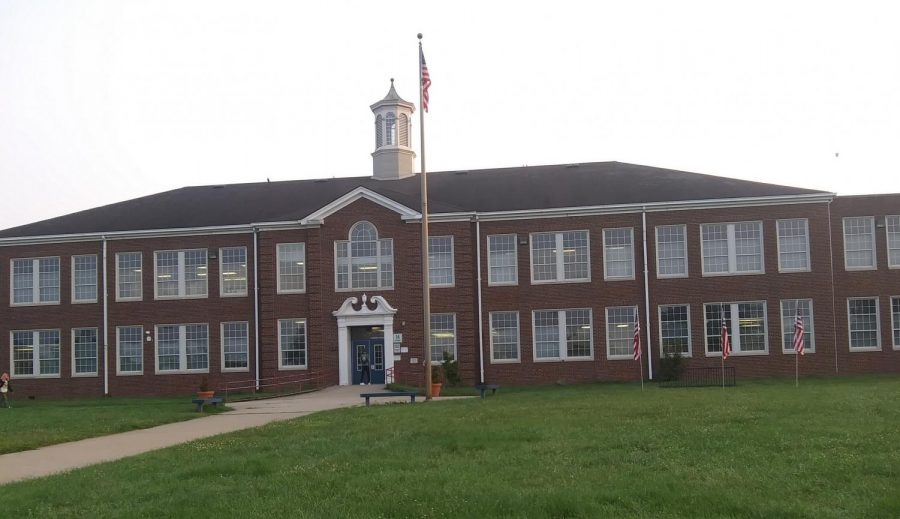 It’s been a crazy past year and a half for all of us, but what about those who are adjusting to a whole new school? With masks and social distancing, this definitely isn’t a normal year, but how are the new students settling in? The Times interviewed freshmen and asked them how they felt. What was the middle to high school transition like? How do they feel about getting to and finding their classes? How has the pandemic affected their school year?

Haven Smith, a freshman here at Lafayette, said that her transition was interesting. “A lot more people, a much bigger school,” she says. “So far, I like high school better because the teachers let you have more freedom.”

When people think about high school, they often think about movies and TV but is that accurate? “No one’s shoved me into a locker yet,” says Haven. “There’s no singing and dancing either.”

Another freshman, Zoe Johnson talked about how strange the school year has been for her. The adjustment from a smaller school to one as big as Lafayette can be tricky. “The school is a lot bigger than Jessie Clark was, and there are SO many more people…”

However, she found Lafayette to be a loving and safe community. She says,”…But Lafayette has been extremely welcoming and supporti[ive] which has made it so much better.”

The Times had the chance to talk to another freshman, Meredith Kirby. ”It was honestly a little bumpy at the start,” she says. “I mean it’s definitely not High School Musical… I like having a sense of independence, since in middle school there wasn’t really any.” She likes having the freedom to work on her own. She also told me that the teachers made her feel welcome.

“They asked for our pronouns which was cool. They attempted to get to know us better,” she stated. “I would change the one way hallways. The school hallways are really crowded, give us more time to get to our classes.” Meredith is a SCAPA student and has to go from building to building during the day, and often she runs late to class. ”I’m almost always late, every single day.” She thinks that a few extra minutes without one way hallways would really help.

During the 2020-2021 school year, the school provided students with ten minute breaks between classes, this gave students enough time to get to all their classes without having to worry about being late. This is something that many students should be reevaluated for the current school year.

Another student, Madison Crump talked about her transition. “Classes are hard to find, but by the third week you know where you’re going.” In such a big place, it can take a while to find your classes.

When Madison was asked what she liked about Lafayette, she said, “…you have a lot more freedom and can meet new people,” saying that the teachers were open to questions and were willing to help direct her to her classes. “One thing I would change is on the first two days of school we watched the same video every class when instead it could have been done in an assembly.”

Contrary to what Meredith said, Madison claimed that many of her teachers didn’t ask about things like pronouns. It seems to differ from teacher to teacher on whether or not they ask about things such as pronouns and preferred names. Madison said that she saw many people get referred to incorrectly because Infinite Campus had wrong names listed and thinks teachers should be highly encouraged to ask about these things.

Overall, the new high schoolers have done a great job transitioning from middle school to high school. They have great suggestions on how to improve for future students and how to make Lafayette a welcoming safe environment for all. While High School initially seems scary or intimidating it does have its highlights, for example independence and mostly caring teachers. Here at the Lafayette Times, we wish the class of 2025 a warm welcome.