HOW SHOULD FANS FEEL AFTER THE GENERALS’ LOSS AT DUNBAR? 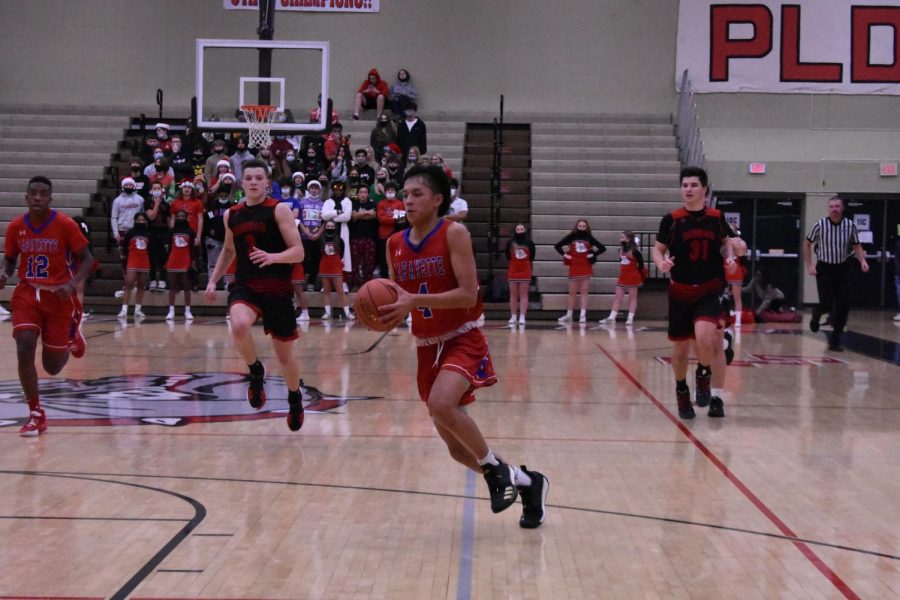 Despite a 15 point lead in the first quarter, the Lafayette Generals fell short Tuesday night to the Dunbar Bulldogs: 73-66.

The Generals controlled the pace early in the game- with Isaiah Romero nailing a three-pointer to get the Generals on the board, followed by five straight points from Logan Taylor. A few scores from the Generals, combined with the Bulldogs making a mere three of their 14 shots, resulted in a 20-7 lead at the end of the first quarter.

“Sometimes you have to have a come-to-Jesus meeting,” Dunbar Head Coach Murray Garvin’s comments about the sloppy start. “We’ve had a long day today, we’ve dealt with some covid issues… It was hard to get the [team’s] attention.”

Whatever happened during the Bulldogs’ “Come to Jesus” meeting worked, as they shot 51% from the field for the remainder of the game. However, the Generals barrage continued, ending the first half making six of 14 from beyond the arc- and 54% of all shots.

“I’m just grateful that we came out with the win,” Garvin continued.

Of course, there was a reason the Generals led for the majority of the game. Abe Nelson and Jayd Huynh had 19 points in the effort, while Logan Taylor and Isaiah Romero finished with 11 each. However, the Bulldogs received 22 extra possessions from the Generals, accounting for 28 of the Bulldogs points.

“You’re not going to win doing that,” said Generals Head Coach Michael Mendenhall III about the turnovers. “Our kids executed- it was tied heading into the fourth quarter. [Dunbar] made the plays and we didn’t tonight, that’s how it goes in our district,” he continued.

The Generals were ice-cold in the second half. Only one three-point shot was made in the entire half, and the Generals only made three shots in the third quarter which let the Bulldogs back into the game.

Three losses in a row is never a good thing. However, when those losses are against district powerhouses, it’s understandable.

Lafayette has done a solid job of controlling the pace and setting the tone at the start of games. They do a decent job of snatching the early lead and making teams struggle to keep up with their breakneck speed. The Generals don’t lack talent-wise or schematically compared to other city teams, but there is still room for improvement.

Half and quarter court offenses were a struggle Tuesday night. The Bulldogs slowed the game down and made the Generals work for possessions in the second half, and nothing fell through the hoop. There needs to be more focus on simply doing what needs to be done and playing their own game. While the base of the General’s scheme is to play fast, that doesn’t mean that the Generals shouldn’t play smart. 22 turnovers is not playing smart.

There is no reason to sound the alarm bells on the Generals this early in the season, especially against such strong opponents. Fans often forget that it is only December, and the kinks of new schemes and incoming players have to be ironed out before this team can start winning games.

More importantly, turnovers have to be limited if the Generals want to hold on to leads for 32 minutes. There is tons of potential on the roster and plenty of chances to win games- but there has to be more execution to earn a trip to Rupp.