How Late is Too Late: Fifth Lunch 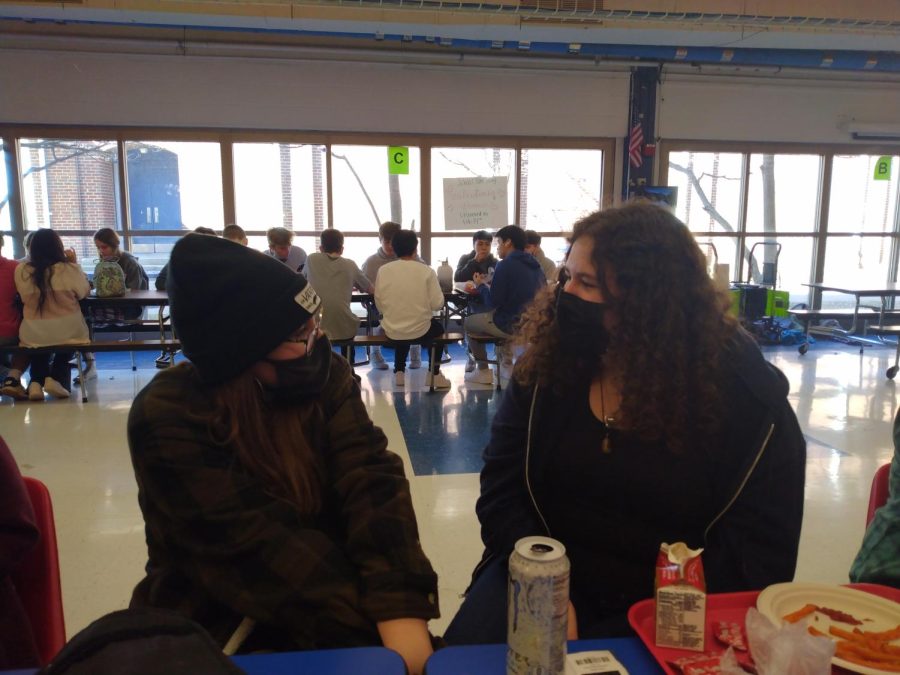 Lucy Lillard and Sara Howard at lunch on February 15th

Lafayette has five different lunch periods. The first lunch starts at 11:25 and the last at 1:20. The wide range in lunch times causes some lunches to be much later than the average meal time. Is lunch at 1:20 too late?

Since school starts so early, most students don’t have a chance to eat breakfast or choose to opt out to be on time, so when they get to school, they look forward to lunch, only for it to be much later in the day. Most students don’t have enough time to eat a good breakfast in the morning. After waking up, getting ready and leaving for school, it’s difficult to wait such a long time.

Zoe Johnson says it’s no big deal, “It feels really late because I’m hungry, but it isn’t an inhuman time to eat.” She told us that on a non-school day, she eats around 12-1, so it isn’t insanely off. However, that doesn’t stop it from feeling late. “I guess that school just makes it seem way later than it actually is.” She concluded our interview by saying, “I don’t think it’s a huge problem, I won’t die without food earlier.”

Another student we spoke with was Lucy Lillard, and she does think that 5th lunch is too late. “It’s really bad, it’s not fun.” She told us that she often feels very hungry before lunch, she also mentioned feeling like there wasn’t enough food to feed everyone. After sitting out for four other lunch periods, the food gets cold, or they run out of the most popular items. She agreed it was too late and hopes changes can be made to fix the issue.

Another issue upsetting some students is the time frame they are given to eat. Anyone who’s gone through the lunch line knows how long you might need to wait. With only 25 minutes, you can easily spend 10 in the line and left with 10 to eat.

For most students, Lunch is a time to socialize as well as eat. They get to see their friends and talk to their peers. With such a short time, it’s hard to do both. Zoe Johnson mentioned how she brings her lunch every day to avoid these long lines, however, this unfortunately isn’t an option for everyone.

Haven Smith says, “It’s too short, it should be longer.” She suggested a longer lunch to “compensate for the long lines.” Smith also said, “Sometimes there’s a lot of kids and by the time you sit down you don’t have time to eat.”

Students have a mixed view on 5th lunch. Some don’t mind and others despise it. While it is late, most would agree it’s still in the “normal” lunchtime range. Something that might help make all lunches more tolerable is a longer lunch period, giving students more time to eat and interact with their peers during the school day.