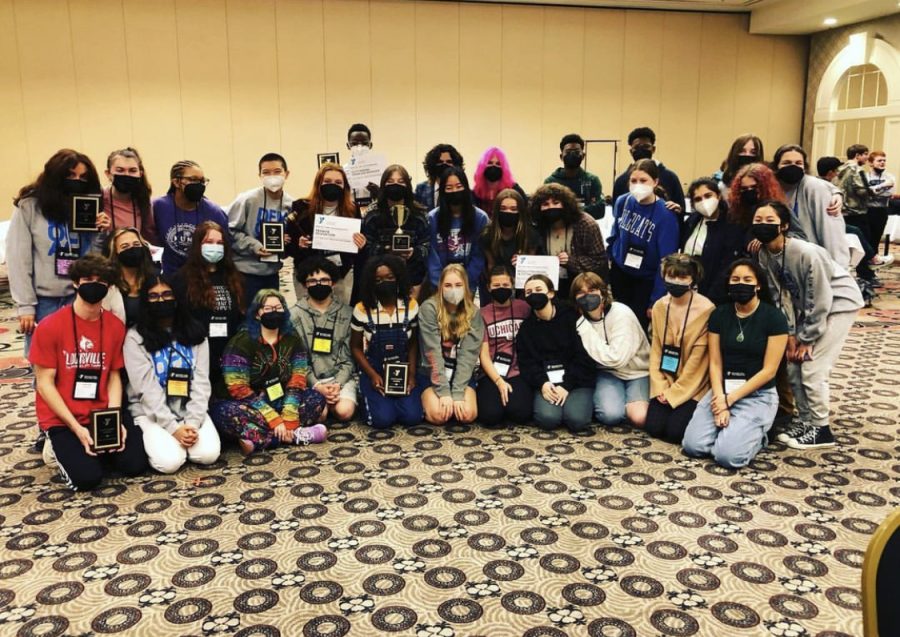 Lafayette's delegation poses for a group photo, on the last day of High School KUNA 2.

This past Wednesday, Lafayette took thirty-four students to the Kentucky United Nations Assembly, or KUNA, a three-day Model United Nations conference hosted at the Galt House in Louisville. Lafayette represented two nations, Australia and Costa Rica, learning skills of diplomacy, cultural empathy, and the perspective and views of other nations. The KUNA that Lafayette attended was the second of three total conferences.

Teagan Fowler, vice president of the Lafayette Y-Club, served as Director-General of UNESCO (U.N. Educational, Scientific, and Cultural Organization), a major presiding officer position, while Zaida Bell served as an Associate Editor of the Media Corps and David Hensley served as a judge on the International Court of Justice (ICJ), both supporting officer positions respectively.

Additionally, Arden Ensor, formerly Speaker of the House at KYA 3, served as a committee chair and was later selected alongside three other students to serve as one of the Vice Presidents of the Voting Committees.

As a whole, Lafayette was selected to be a premier delegation and also won the Outstanding Statesmanship award, signifying the greatest contribution among any delegation to debate.

The Lafayette Times congratulates all students who participated in KUNA for this year, as well as the sponsor, Ms. Sherri McPherson, and two chaperones, Kyle Smith and Jessica Ensor, and wishes our delegation luck at future conferences.