Marching Towards Another Championship 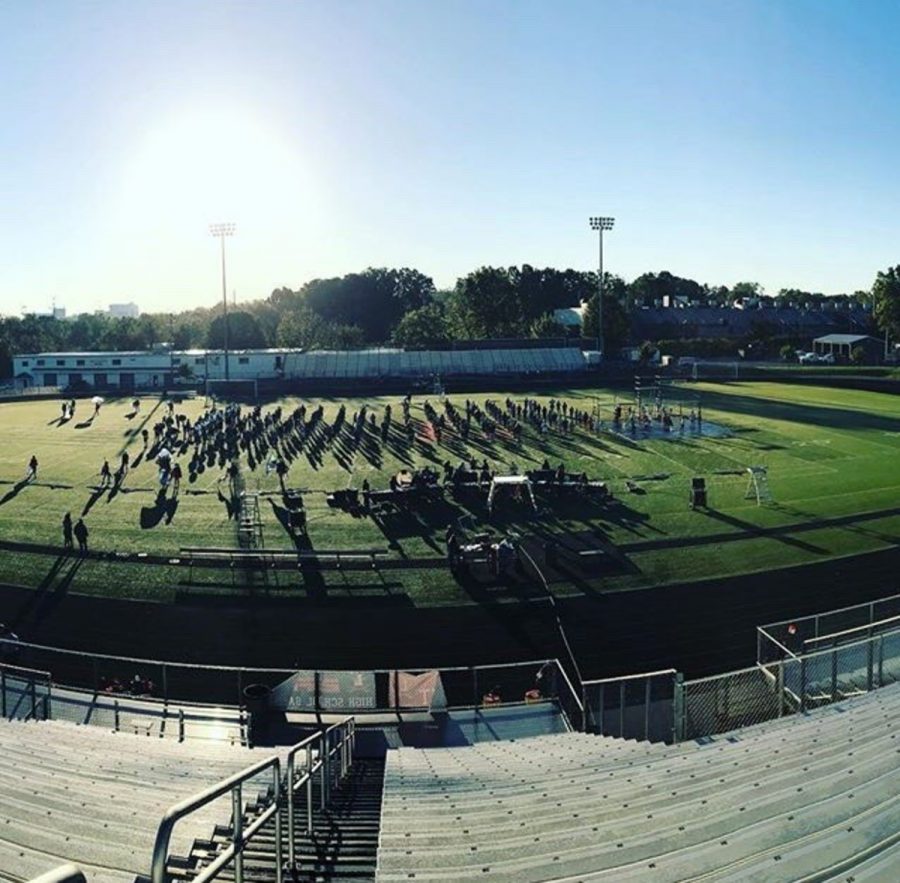 The Lafayette Marching Band is fighting to the death this year. Their 2017-2018 production of the “The Raven” is completely different from many years’ past. Having eighteen state championships is one thing to talk about, and to have lost for the past three years is another, but all everyone can talk about is the “Pride of the Bluegrass.” Having new uniforms is one thing, but having a completely dark show is a game changer.

In the past Lafayette has dabbled in a little dark, but never a fully dark, show. If you haven’t caught on from the title, the show is based around, Edgar Allen Poe’s, “The Raven”. The band’s uniforms are solid black, with bird eyes on the hats. The color guard is costumed with wings and show their skill with flags that represent the Raven. The music includes Verdi’s Requiem, and selections from, To Kill a Mockingbird. With a flute solo in two movements, and fast tempos, the band has to work hard on music. Trying to make sure that the show looks and sounds good at the same time, is difficult, but fighting for another state championship, and beating their biggest competitors, Madison Central and North Hardin, the band is up for it.

Let us take a peek back towards the beginning of the season. Lafayette started their season at the end of July, with band camp. Since then they have been to three competitions. At their first competition, Bourbon County Contest, they left with first place in both Prelims and Finals, including a number of other awards. The band continued to rack up wins at Grant County’s contest and Tates Creek’s Contest. Beating many big competitors, the marching band is looking towards the last weeks of October, which hold the last few days of the season. Quarterfinals, which is being held at Tates Creeks, is a last shot to get feedback on their show before State week. The last week of October is an emotional week for the band kids, because these are the last few days of rehearsal leading up to the final performances on, October 28th. This is the last week that the band will be all together. Yes, they still have their concert season to look forward to, but the band is split in three, which is another article for another time. If you have a friend, or know someone in the band wish them luck these last few weeks, they’ll want to hear it. They will work harder knowing that their school is wishing them luck. Look for another article on the recap of the season in November.