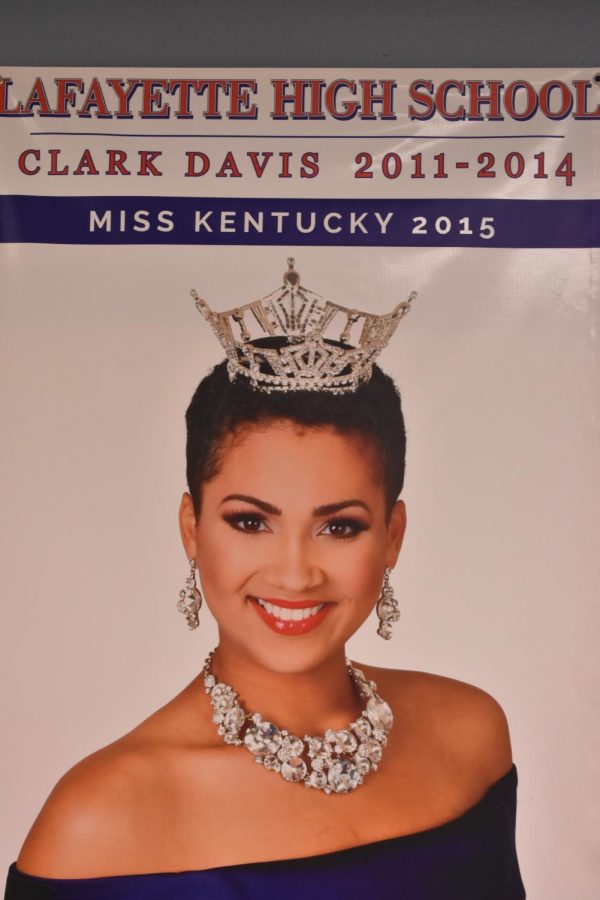 Success is something you have to work for, something you are eggar to have and claim as your own. Success doesn’t come to you, you go out and find it. Clark went out and did that exact thing; ever since she was young, Clark suffered from dyslexia, a disorder that makes the process of learning how to read or interpret words more difficult than normal. It also involves anything like letters and symbols, this, however, does not affect a Childs overall general intelligence. Clark Janell Davis is an American beauty-pageant titleholder for Lexington, Kentucky. She graduated from Lafayette High School in 2014, going on in life to do some amazing things. A year later Clark became Miss Kentucky in 2015, holding an honor for Kentucky. Clark was a very involved student, attending SCAPA (School of the Creative And Performing Arts) from 4th to 8th grade as a drama major. She is currently at The University of Kentucky working on finishing up her goals. If everything goes as planned she will be graduating this spring; she plans on relocating to Nashville, Tennessee during the summer. Clark is an amazing role model to many young teens and women here in Kentucky and around the United States, proving that everything is possible when you put your mind and heart to it.

This journey all began for the fun and enjoyment of it, Clark says in an interview with KET Connections, “… my first pageant was in January of 2015 and the reason I wanted to do it was for the fun, and I think that is the way pageants should be. I wanted a little bit of extra scholarship money, and I never thought that by the end of the year I’d racked up eighteen thousand dollars… I just want young girls to know that they are worth more than anything they can ever imagine, that their talents and their mind and their goals are what’s going to change the world.”

One of her main goals in life is to one day become the president of The United States, with hard work and dedication I am 100% sure she will be able to achieve this, and much more.  Clark is an inspiration, and extraordinary role model to have in our generation. She is a strong independent woman, that makes me as a writer very happy to honor this February in Black History Month.

In a small interview I had with Miss Kentucky she tells me, “I am so thankful for the wonderful staff at SCAPA-Lafayette High School. My time there was full of highs and lows. But without any of them, I wouldn’t be where I am today, and for that, I will always be grateful. To the students, I remind you that this time in life is temporary. Before you know it another season will be here and life will bring new battles and victories. Be in the moment and enjoy the things you DO have. You are the most powerful person in your life.” She is such an inspiration that will without a doubt achieve great things.