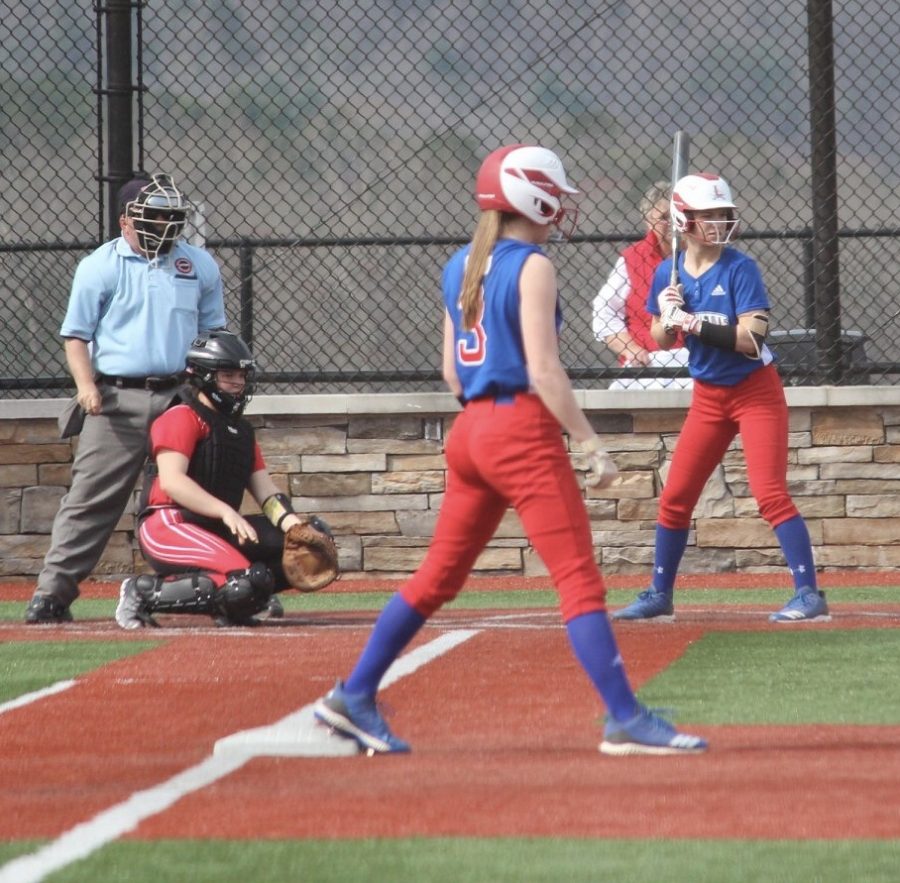 Team Captain Ashley Ward during one of the games.

Spring break 2019 the Lafayette Softball team traveled to Pigeon Forge, Tennessee for some out of states games. Normally, the team travels to Florida, but for the past two years, they have traveled to Tennessee. The reasoning behind it is so the team gets a chance to play other teams.

The week was also a chance for some team bonding. Team captain, and senior, Ashley Ward, tells us, ” [That] bonding with your team, and having a tight connection, is really important to [having] good chemistry on and off the field.” For this team being able to trust each other will help the way they play together.

Both, Junior Varsity and Varsity, played four games each. Overall, the team, together, won three of the four games. They played two teams from Kentucky, and two from Pennsylvania.

Aside from playing games, the team was able to spend some time at the Island, while in Tennessee. The objective of this trip was to let the team relax, while still getting some playing time in.